The idea that the healthcare you receive depends on where you live is not new. Access to health care, income level, education level and cultural beliefs are all factors that play into the healthcare that is available to you. But does this affect what doctors recommend to you?

A study conducted by a team of communication and public health researchers at Ohio State University found that when it comes to the human papillomavirus (HPV) vaccine, what doctors tell parents about the vaccine depends on where they live. The area that the team was interested in was Appalachian regions in West Virginia and Kentucky. The HPV vaccine, which was developed to prevent infection that led to cervical cancer, was of particular interest because of the high rates of cervical cancer in Appalachia.

“We think that either the pediatricians in Appalachia don’t know that their patients are at a higher risk for cervical cancer, or that they are hesitant to recommend the HPV vaccine because they may be met with difficulty in convincing the parents,” said Janice Krieger, PhD, assistant professor of communication at Ohio State about why there was such a disparity between Appalachian and non-Appalachian pediatricians.

Neither of the hypotheses that Krieger proposed is comforting. The real problem underlying the issue, according to her, is communication. Pediatricians in Appalachia need to be better informed about the HPV vaccine and its effects on their patient population. The pediatricians also need to do a better job of informing their patients regardless of the qualms that they may have.

This leads to larger questions: should doctors change their recommendations based on the overall patient population? If pediatricians in Appalachia know that their patients are likely not going to be able to afford the HPV vaccine, should they refrain from informing them about the vaccine’s effects? Should the doctors inform their patients anyway? 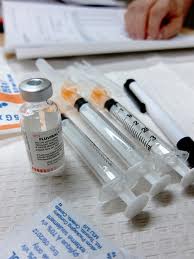